The original of course! Capital D, little “i”, capital S and C. 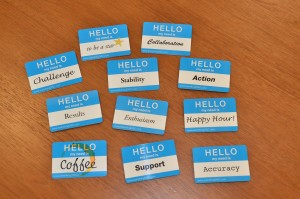 “Increased precision through adaptive testing makes this the best DiSC on the market. Don’t settle for imitations!”

The original DiSC assessment (now called Everything DiSC) developed by Dr. William Marston, a physiological psychologist with a Ph.D. from Harvard, studied how an individual perceived him or herself in a situation, the resulting emotions of the perception, and the likely subsequent behavior.

His work focused on directly observable and measurable psychological phenomena. He was interested in using practical explanations to help people understand and manage their experiences and relationships.

His 1928 book, Emotions of Normal People, Marston explains his theory on how normal human emotions lead to behavioral differences among groups of people and how a person’s behavior might change over time.

Marston theorized that the behavioral expression of emotions could be categorized into four primary types, stemming from the person’s perceptions of self in relationship to his or her situation. These four types were labeled by Marston as Dominance (D), Inducement (I), Submission (S), and Compliance (C).

It wasn’t until Walter V. Clarke, an industrial psychologist, used Marston’s Theory to be the first person to build an assessment instrument. In 1956 he published the Activity Vector Analysis, a checklist of adjectives which asked people to mark descriptors they identified as true of themselves. The tool, used by Clarke since 1948, was intended for personnel selection by businesses. The four factors in his data (aggressive, sociable, stable and avoidant) were based on Marston’s model.

About 10 years later, Walter Clarke Associates developed a new version of this instrument for John Cleaver. It was cleverly called Self Discription. Instead of using a checklist, this test forced respondents to choose between two or more terms. Factor analysis of this assessment added to the support of a DISC-based instrument.

Since then is has gone through several updates and modifications, while remaining true to its original founder. In the 1970’s it was called Personal Profile System® (PPS), then in the 1990s the PPS 2800, which became known as DiSC Classic. In 2003, Inscape Publishing pushed the envelope further and developed an online version, DiSC Classic 2.0, which provided a richer feedback report and has been the standard bearer until 2007.

The Everything DiSC® product family, launched by Inscape Publishing in 2007, and now a brand of Wiley since 2013, was created to make the DiSC assessment even more valuable to its users. They did this by including the improved measurement technology of adaptive testing, making the tool more precise than ever. The increased precision and higher level of personalization result in a better experience for Everything DiSC users.

Everything DiSC harnesses the power of the third generation of the DiSC® model—one of the most widely used, scientifically-based approaches to assessing personality and developing critical interpersonal business skills. With programs for leadership, sales, management, and workplace development, Everything DiSC programs are in-depth, specialized, and easily customizable to fit clients’ needs.

EDGE Business Management Consulting, LLC an Authorized Partner for Everything DiSC, is a Human Capital Consulting firm, focusing on three primary areas to help you achieve exponential growth. We can serve you in many ways, however our focus is in the areas of Talent Management, Organizational Development, and Leadership Development.

DiSC vs. MBTI – Fill out the form and you’ll be given immediate access to information.