In case you’re not up on your Latin “Moveo Moti Motum” is Latin for Influence. When searched on Google, Influence garners over 135 million results. So, what really is influence? When Moveo Moti Motum is translated from Latin is literally means to move, arouse, affect, and influence. Using one of my favorite dictionary sites, Influence is defined as

This definition is the same for negative as well as positive influence, both can be equally powerful. The level of influence you have comes from a variety of sources. How much expertise you have, how credible your position and objectives are, how visible you are, and how you align your objectives with the organization all serve to increase your ability to have a positive influence on others.

In the workplace, at home, at school, whenever we are communicating and interacting with other humans, we need to be able accomplish our goals. This need requires a focus on synergy and a savvy influence ability because you may or may not be in a position to exercise pure power or authority in the situation.

And, even if you are in a position of power or authority, consider what Dwight D. Eisenhower the 34th President of the United States and a five-star general in the United States Army during World War II says about influencing others:

Leadership is the art of getting someone else to do something you want done because he wants to do it.

This holds true for everyone, including parents, coaches, neighbors, it’s not just leaders.

Leadership is influence, nothing more, nothing less.

If you think about it we rely on influence to get everything we do, done. Whether it is getting approval for spending beyond your budget, placing items onto an agenda for the next executive meeting, or sharing the importance of practice with your kids, your ability to influence matters.

A key component and the first step to improving your ability to influence starts with a thorough understanding of yourself, your interpersonal, presentation, communication and assertiveness abilities. Consider taking one of the best assessments on the market today, Everything DiSC to gauge where you are with your influence abilities. With the market full of DISC type assessments, this is the original and most useful in multiple aspects of life and business.

At the end of the day learning to adapt your personal style when you become aware of the effect you are having on other people, while still being true to yourself is a vital contributor to building your influence ability.

Consider the following bestselling resources as you seek out developing the “how to” of your influence ability.

In his book Influence: The Psychology of Persuasion the 6 Principles that help to get influence over people, Dr. Robert Cialdini shares the results from his deep research about the various strategies held by people to have influence over their peers. The 6 Principles of Influence/Persuasion that Dr. Cialdini share are: Reciprocity, Scarcity/rarity, Commitment & consistency, Consensus/Social proof, Authority, and Liking.

Similarly, in their book Influencer: The New Science of Leading Change, authors Joseph Grenny, Kerry Patterson , David Maxfield, Ron McMillan, and Al Switzler take us on a journey to discover vital behaviors we want to change, show us how to convince ourselves and others to change minds, and truly master the 6 sources of influence. Those include Personal motivation, Personal ability, Social motivation, Social ability, Structural motivation, and Structural ability.

In the book, Persuasion: The art of influencing people, author James Borg shares that, empathy and sincerity, are the fundamental building blocks for successful persuasion. Empathy is the bedrock of communication – the ability to identify and understand the other person’s feelings, ideas and situation. Sincerity is essential for generating trust. Borg warns that no amount of learning about communication skills without the core virtues of empathy and sincerity will succeed in the longer term.

The time we spend communicating is immense, whether it’s face-to-face, email, video, phone, social media, an individual or a networking group, a formal or an impromptu discussion, every interaction must produce results and accomplish its purposes efficiently, effectively and generate as much action as possible. The key to generating maximum action is to focus on generating synergy when we communicate.

Synergy is the interaction of two or more agents or forces so that their combined effect is greater than the sum of their individual effects.

Simply put synergy means the whole is greater than the sum of its parts. The relationship which the parts have to each other is a part in and of itself – the most empowering, unifying and exciting parts. 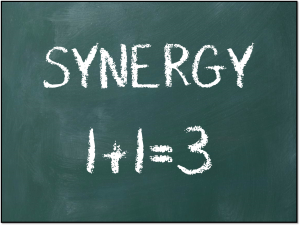 The essence of synergy about valuing the mental, emotional, and psychological differences between people. The key to valuing these differences is to realize that all people see the world, not as it is, but as they are, commonly known as perception.

When focused on synergistic communication you are able to develop creative possibilities, including better solutions and services. If synergy isn’t achieved, even the effort will usually result in a better compromise.

Focusing on synergy enables us to be more participative rather than suppressive in our communication. Especially so when making decisions about how to achieve a goal or complete work, make it a habit to ask for others ideas. Be genuine and open to others ideas and their possibilities, build on them and use them.

Dr. Steven Covey in his book 7 Habits of Highly Effective People shares that in Habit 6:

Synergy lets us discover jointly things we are much less likely to discover by ourselves.

When we focus on synergy in our communication we generate trust. High trust leads to high cooperation and communication. Leading to better results in many aspects including our business and personal relationships and balance sheets.

Let us show you how we develop synergy with our Syn-EDGE-y Communication Model.  Visit our website at www.edgebmc.com today. 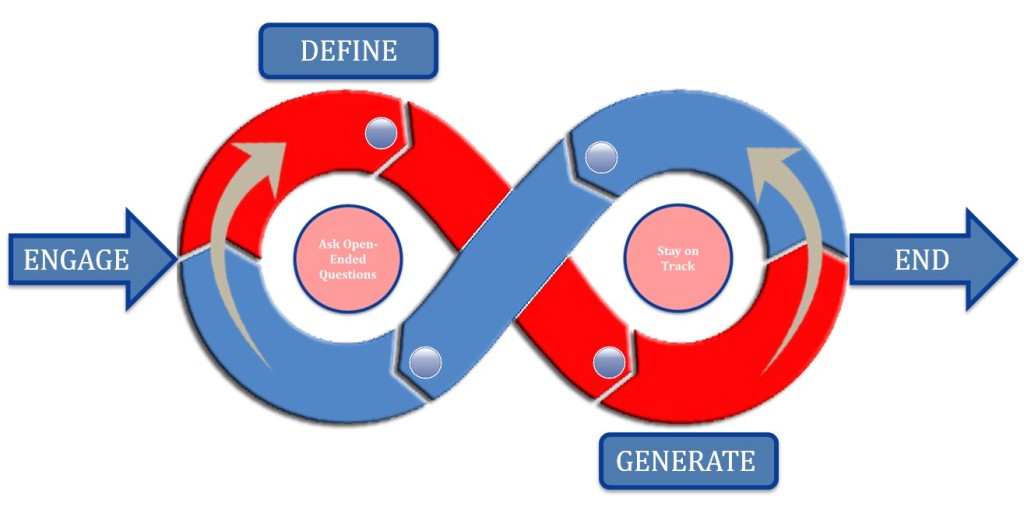 A few years ago, while facilitating a leadership development workshop, I asked the CEO of a multi-billion dollar construction company to share a little known secret with the budding leaders in the room. He scratched his chin, waited a beat, and then said,

Except he didn’t use the word freak’n.

There certainly is no shortage of leadership advice in the world, most of it peddled by consultants who have never actually been in a leadership role. Read any leadership blog today and you’re bound to get a bullet-pointed list of “just do this” advice, as if being a leader was as easy as a clicking on plug-and-play app.

The result of all this cheap advice is that leadership, as a concept, becomes attractive. If it’s easy, after all, and if a person can make more money in a leadership role, everyone should aim to be a leader. Were the cheap advice actually true, of course, there would be more actual leaders. 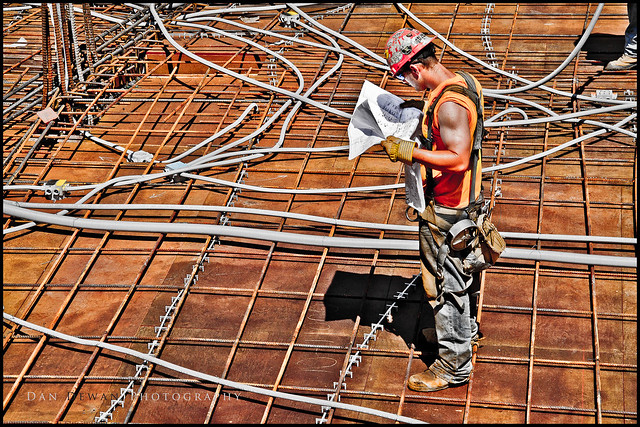 The truth about leadership, as the construction company CEO reminded us, is that being a leader is anything but easy. Here’s why:

Faced with the hard realities about leadership, the first decision an aspiring leader should make is whether they really want to lead. Here are a few questions to help you discern your answer:

Whenever I ask seasoned leaders what they are most grateful for about being a leader, the most common answer is the chance to make a difference in people’s lives. That’s the leadership reward for all that freak’n hard work.

Bill Treasurer is the Chief Encouragement Officer of Giant Leap Consulting and author of Leaders Open Doors, which focuses on how leaders create growth through opportunity. 100% of the book’s royalties are being donated to programs that support children with special needs. Bill is also the author of Courage Goes to Work, Right Risk, and Courageous Leadership, and has led courage-building workshops across the world for NASA, Accenture, CNN, PNC Bank, SPANX, Hugo Boss, Saks Fifth Avenue, and the US Department of Veterans Affairs, and many others. Contact Bill at btreasurer@giantleapconsulting.com, or on Twitter at @btreasurer.